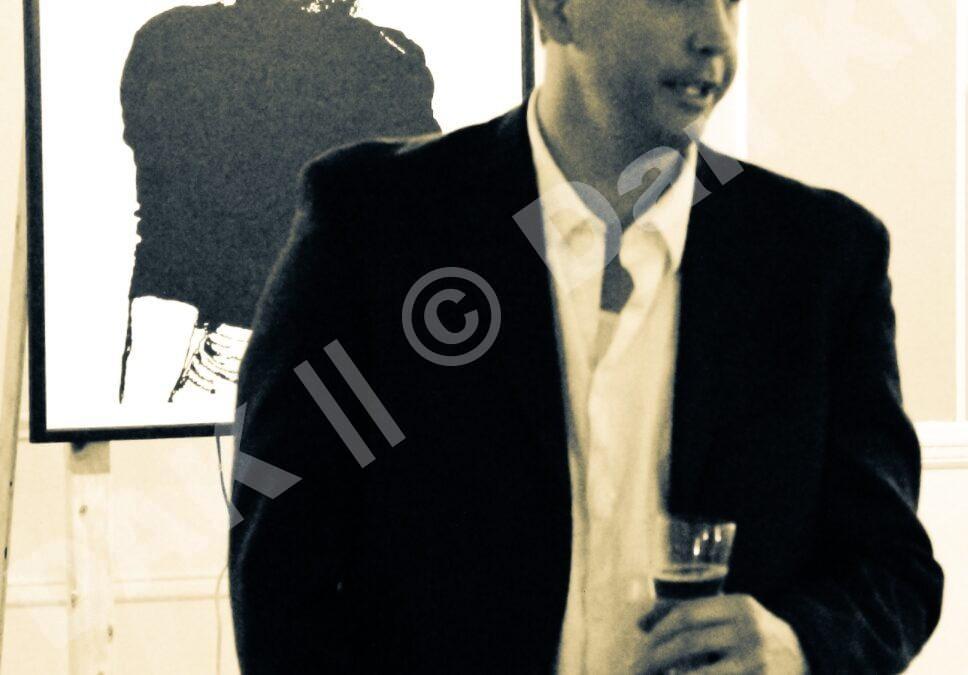 I wanted to paint another celebrity and not a musician. Who else would you paint?

I was figuring out shadows and playing with different styles. Learning to deal with negative space. 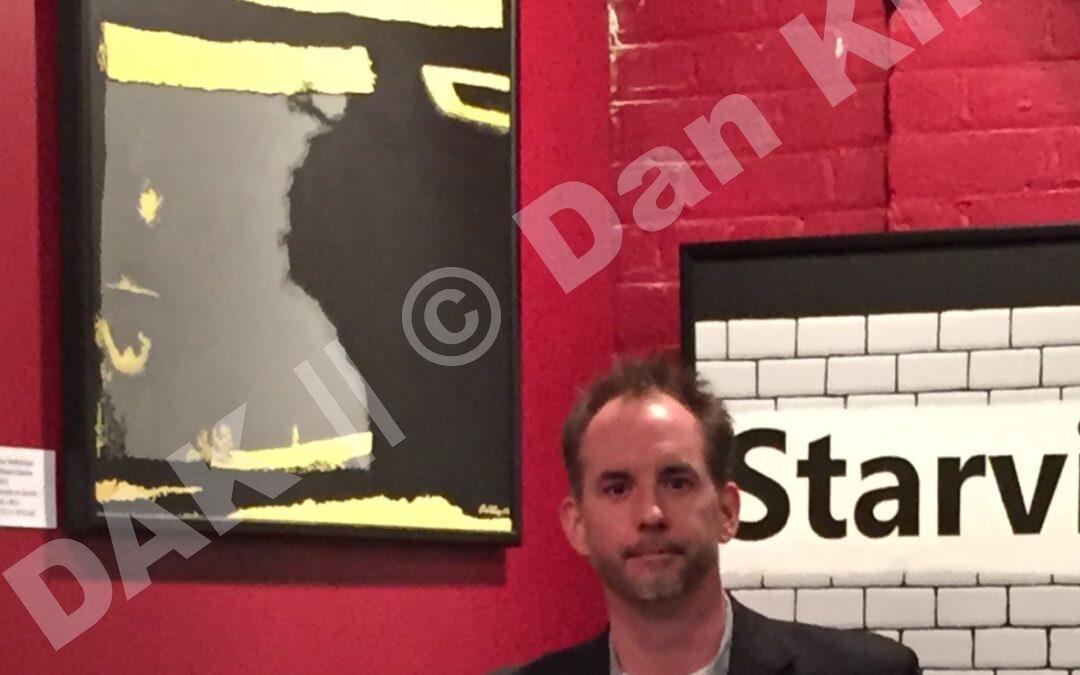 I kept seeing shadows as I was running in and out of my first studios. It was the end of winter and I pretty much had it with the snow and cold.

After February, I’m pretty much done with winter. 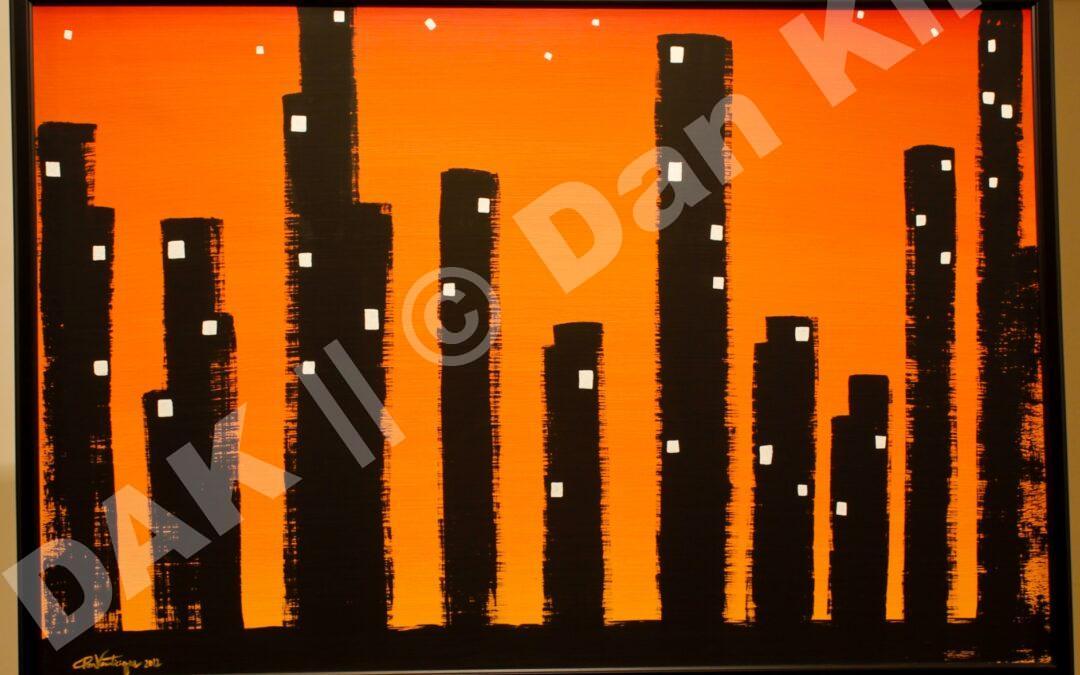 This painting started out completely different then what was intended. It started out as a dock with a couple of rotten posts. After many failed attempts of recreating the posts the painting became a cityscape. To get the right layout for the windows I cut up small white square pieces of paper to get my layout. Then I punched in the white paint. 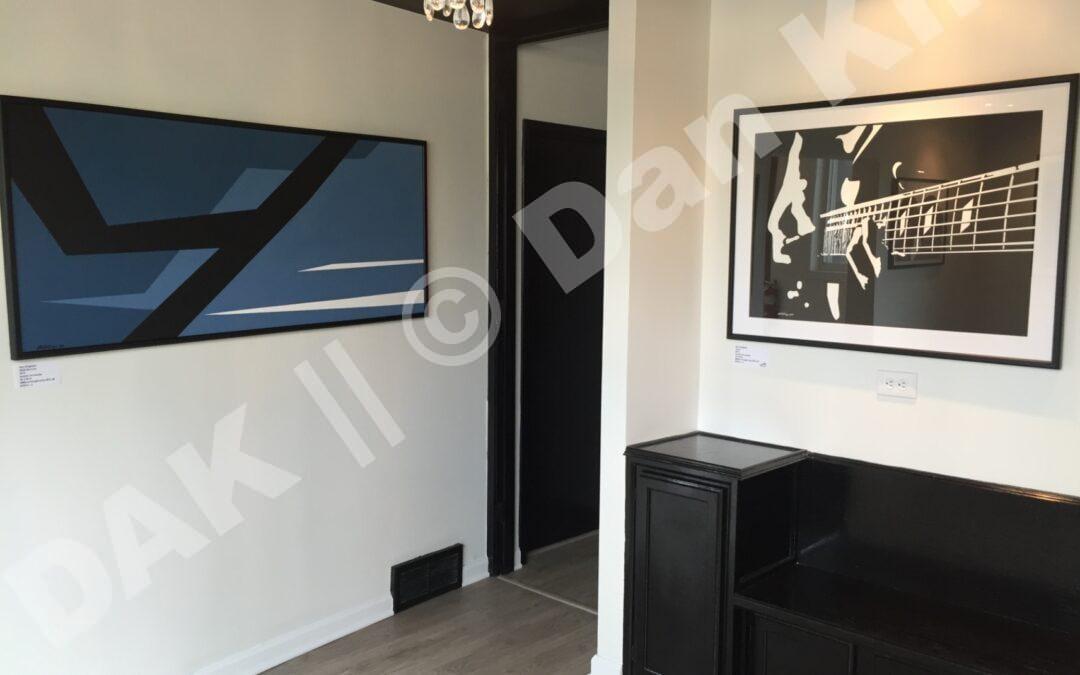 I love the shapes and colors. One of the first of many…learning how to tape and create straight lines. The owner’s of this painting redid their bedroom around this painting. This truly is one of the best compliments I’ve received. 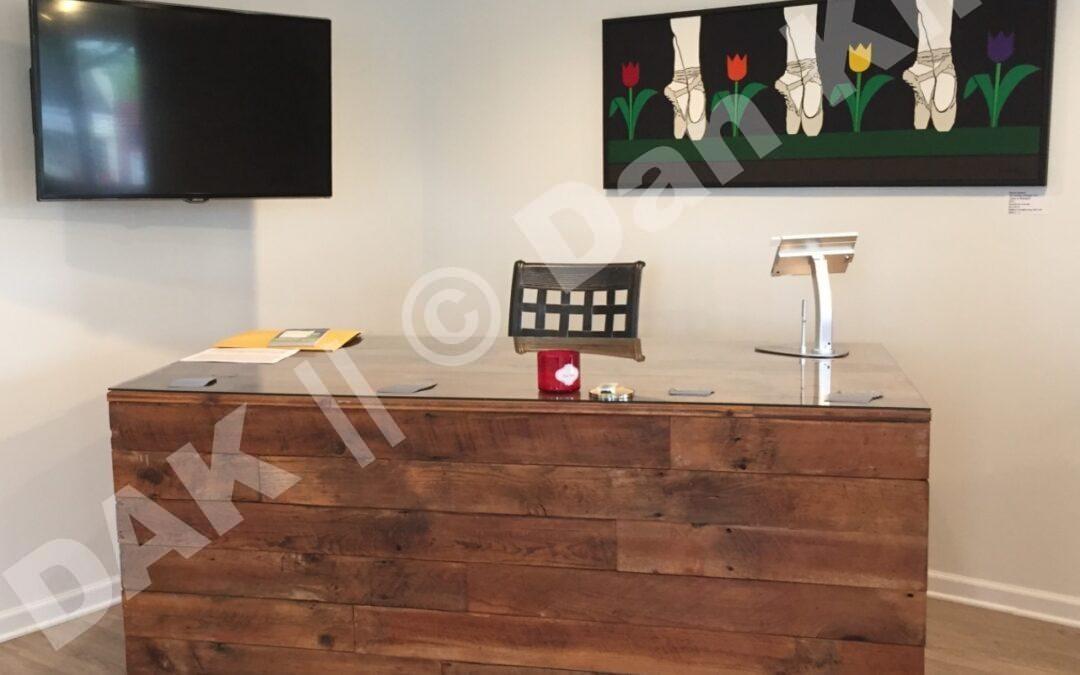 Tip Toeing Through the Tulips at Midnight

Looking at different inspiration for poses. Ballerinas have so much grace and produce such great poses.